I’ll take one of everything, please.

TMNT: Secret of the Foot Clan #3

A modest mix, no?  Oughta give me a chance to catch my breath–maybe even knock out a Back and Forth in a timely fashion!  (A nerd can dream.)

What are you looking  forward to tomorrow?

Not a bad batch.  Might as well get to it.

Seems like a fun bunch.  Impatient, too.  They’re desperate–just dying!–to be read.  And I’m desperate–still denying!—because I have dictatorial duties demanding my time. 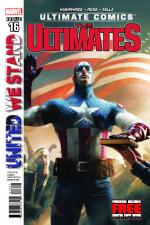 Baby Girl’s Pick of the Week

Can’t wait to get busy with these.

A rare week: I picked more books off the shelf than I had in my bag.

Baby Girl’s Pick of the Week

Looks like a solid week.  Just wish I had some time in my bag, too. 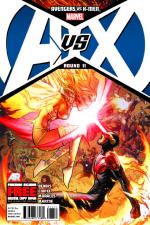 Oh, and umm, some sad news: I missed The Rocketeer; and from what I hear, I really missed it.  Oh, me!  I need my fix of Samnee!  Here’s hoping my guy’s distributor has one sitting around somewhere.

And no Fatale either.  I’m dying over here!

I may need some help carrying my bag out of the shop this week.

How about you?  What’s gonna be in your bag tomorrow?

Who knew?  After thumbing through the lot of ’em, I’m actually looking forward to this bunch o’ books, even–no, especially the zeroes.  Just when I thought this week would be nothing more than another Valiant effort…

Nothing more, nothing less than what I expected:

LittleNerd’s Pick of the Week:

That pretty much looks like the order I’ll be hitting the stack, too.