My comics were held hostage over night, but I was able to liberate them with a kind word and a couple of bucks.

A Bag of One 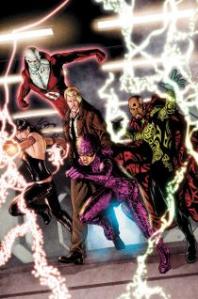 Used a twenty; had enough left over for dinner.  Now that’s what I’m talkin’ about.