Yay!  I get to celebrate my birthday with a sweet batch of comics.

Sweet, loyal comics.  And my family.

So, yeah: Yay!  Happy Birthday to me! 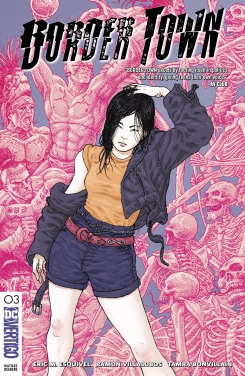