Stirring up a pretty potent brew in my bag this week.  Naturally, I’m going to start with… 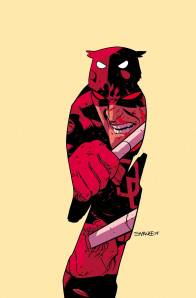